Women are an increasing force in homeownership 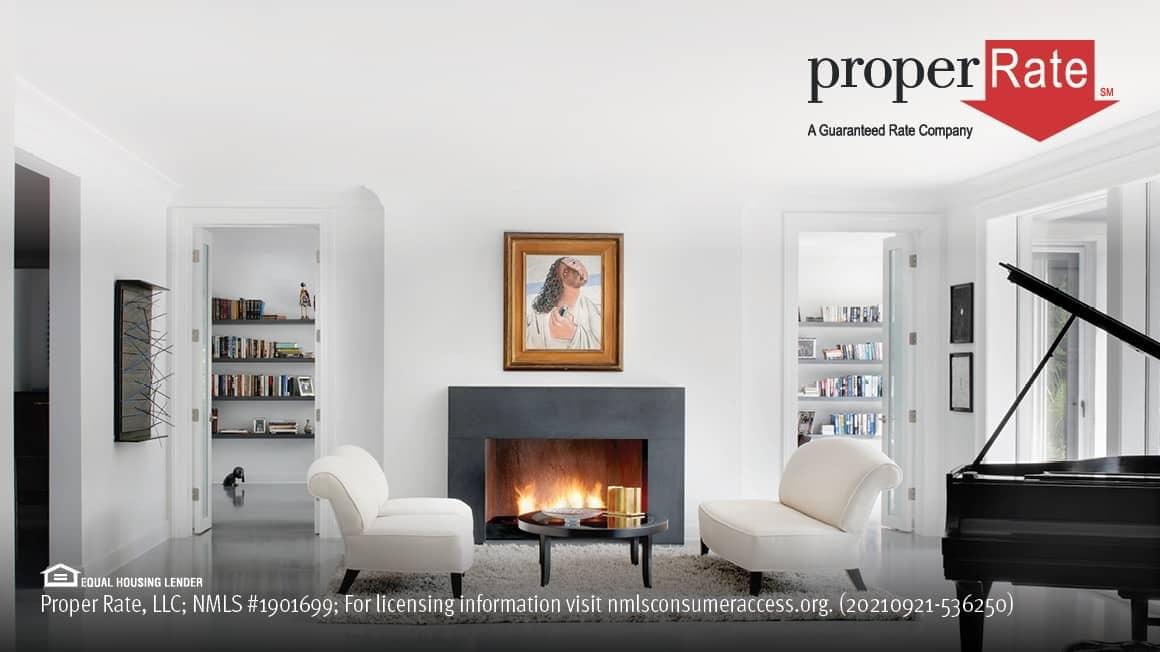 In the housing sector, new homebuying demographics don't usually emerge overnight; convincing patterns in ownership typically require a span of many months, even years to become evident. That said, once these patterns are detected, vetted and shared, they have the power to reveal who’s really driving American homeownership. In today’s marketplace, you may be surprised who’s making the strides.

Right now (and for the last several years) one of the ascendant homebuying groups in the U.S. is indisputably women, particularly single women. They may not have the highest collective earning power but they have repeatedly demonstrated the motivation and determination to turn their homeownership dreams into reality.

Once considered negligible participants in the American homebuying process, recent data from all regions of the country show that women aren’t just active participants in the process but are the dominant group of homebuyers when compared to single men. And it's not even close.

According to the National Association of Homebuyers (NAR), in 2020 single women comprised 19% of the overall first-time homebuyer population and 17% of repeat homebuyers. Contrast that to single men who accounted for just 11% of first-time homebuyers and 9% of repeat buyers, and you can clearly see that the landscape of American homeownership is increasingly female oriented.

And yes, while married couples (61% of all recent purchases) continue to dominate the overall space, women are making the kind of important gains that demand attention from both the real estate and mortgage industries.

Beneath the data and the demographics are a set of conditions that have led up to this moment, many of which are a combination of the cultural and the economic. And it’s not just about women purchasing homes—it’s about female participation in the entire homebuying process.

Whether we’re talking about single women purchasing homes, married women as heads of households driving the homebuying conversation or female real estate agents and loan officers (LOs) enriching and diversifying the industry with their expertise, women have come to be a central presence in the homebuying journey.

Women and homebuying: How did we get here?

The rise of women as an important force within the housing market was literally decades in the making. While post-WWII America saw the rapid expansion of middle class homebuyers, this was a male-dominated world in terms of equity, independence and decision-making. It wasn’t until the 1960s and 1970s that women began considering homeownership on a mass scale. Even then, they were often met with fierce resistance—however subtle and unspoken—from many real estate agents and mortgage providers.

Legislation as a starting point

Originally passed in 1968, and amended in 1974 to specifically include women, the Fair Housing Act was designed to prohibit discrimination of all kinds in the housing sector including sales, rentals and mortgage lending. On paper, it was a righteous leap forward that helped eradicate barriers not just for women, but a wide range of minorities and underserved populations. In practice, however, the housing market was so large and unwieldy, that it was hard to ensure that the full letter of the law was being adhered to and applied in every corner of the country.

As a result, some of the old “boys’ club'' mentality that defined previous eras endured throughout that decade and into the ’80s. The broader culture may have been opening its arms to the advancements of women but receptiveness to female homebuyers was far from universal in many pockets of the nation.

A renewed push for female homeownership

Refusing to be deterred or have their aspirations marginalized, more and more women found ways during the closing decades of the 20th century to puncture prevailing notions of homeownership and overcome status quo objections indicating they were not financially viable applicants. They began earning degrees in greater numbers. They raised their income levels. They learned more about credit and rates. Many were further incentivized to claim the homebuying decision as theirs and theirs alone, no longer content to wait for marriage, which at this point in the cultural discussion was no longer a foregone conclusion anyway.

Then in 1986 something momentous happened: For the first time ever, single women officially eclipsed single men as the second-largest group of homebuyers behind married couples. Today, according to one report, 52% of single women are homeowners. 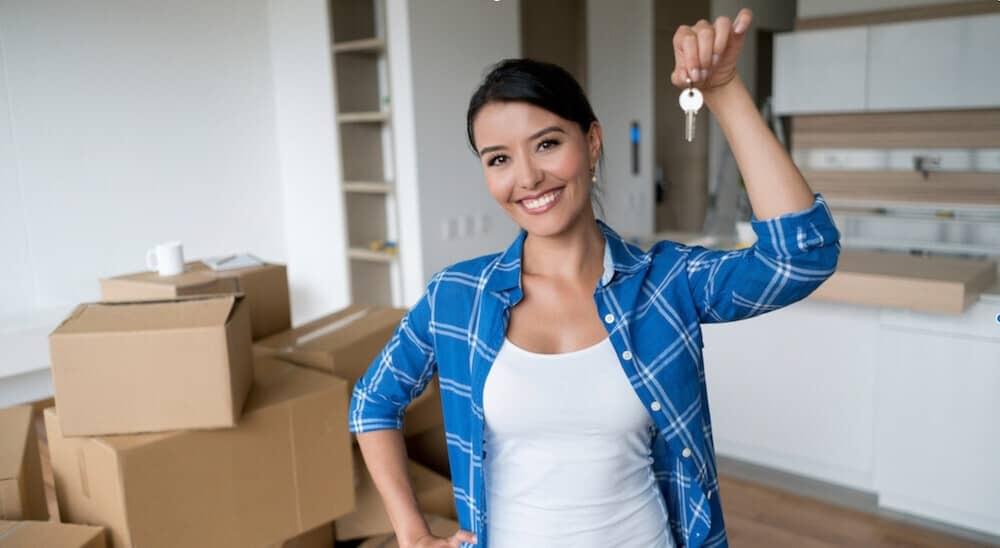 Behind the surge—agency, not economics

The surge in female homeownership is particularly impressive when seen in the context of earning power. To the continuing dismay of many, women still only make 82 cents for every dollar that their male colleagues earn. Despite this, single women have overtaken single men as a force in the housing market. On paper, it’s a distinction that doesn’t seem to add up, making it all the more necessary to untangle.

While it’s true that women earn less on average than their male counterparts, women are earning more than they ever have historically and many proudly consider themselves financially autonomous. This is key. With the right resources in place and an appetite to own, women are showing mortgage providers that they are serious candidates for homeownership.

According to a recent research report by the Urban Institute, single women have also emerged as excellent custodians of credit with higher credit scores and lower DTI (debt-to-income ratio) when compared to single men. In addition, while women possess lower income levels than men, they typically put down a larger down payment.  Notably, they also default on loans less frequently than single men.

Accordingly, 73% of women say that owning a home is a top priority for them. This number actually outpaces getting married (41%) or having children (31%). Only 65% of men prioritized home ownership.* In homebuying, it seems, prioritization matters.

Heads of household are increasingly women

For the longest time, it was assumed that when a couple showed up at an open house or walked into a lender’s office that it was ultimately the man who was the decision maker. While that was probably a false assumption to begin with on the real estate side of things (women have always wielded behind-the-scenes power when it came to selecting a home), it’s especially obsolete in today’s homebuying environment.

Fact: Women are increasingly emerging as heads of household, meaning that they are the chief bread winner regardless of whether they’re single, legally married or simply living as a couple under one roof. In 1990, only about 1/3 of all households (including single women) were headed by women; as of 2019 that figure stood just below 50%—a massive uptick in just under 30 years.** Heads of households are typically granted the necessary agency to make decisions. And no decision is bigger than leading the charge when it comes to a home purchase or a refi.

We know they’re buying, so where are they living?

Just like men, women live everywhere and buy homes everywhere. But what regions do they prefer and why? Recent data has revealed some of the hot spots for women within the top 50 metro areas of the U.S.

While there’s not much real estate data for women as head of household, there is some interesting information from DeedClaim on single women homebuyers.

The top five cities for female homeowners were listed as follows:

According to this, three out of five top cities are on the East Coast and none was west of the Mississippi. Out of the top five largest cities in the U.S., only Chicago made an appearance (at No. 11).

You might be wondering what sorts of things go into determining a top city for women homebuyers. To understand that, you have to understand women’s stated priorities when buying a home. Some of the key ranking factors in the study include:

No surprise—single women prefer to buy homes where other single women are buying and where other single people live. Another study highlighted Detroit as a leading city for female homeownership for precisely that reason: Per capita, it has the largest number of single adults in the country. Detroit can also point to affordable housing and gender pay ratio above 92% (the higher the score, the smaller the gender pay gap). 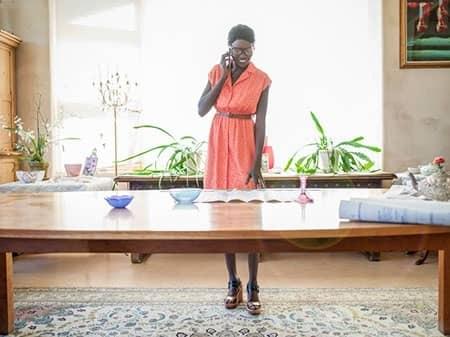 How to make it easier for women homebuyers

In many respects, women—single, married or head of household—are like any other homebuying demographic: They typically want a home that suits their needs, one that can be acquired at a reasonable price and financed through an affordable mortgage.

That said, women also have their unique concerns and preferences. Many purchase homes near friends, family and healthcare facilities—more so than single men. They also see homebuying as an important marker of independence and control. For a significant percentage of women, there’s real empowerment to owning a home.

Women are purchasing homes at a higher rate than ever—but they can still benefit from following some best practices to optimize their chances for a successful homebuying journey. These best practices include:

Diversifying the ranks of the industry

While the real estate industry has long supported women in their ranks, the mortgage industry has been slower to respond. However, some lenders, such as Proper Rate, are facilitating change and bringing more women into the fold. Not only is building a gender-inclusive workspace the right thing to do, it’s the smart thing to do.

One way the company makes good on this objective is through the Guaranteed Rate Organization of Women, or GROW. Formally established in 2018, GROW is both an exciting professional development and personal evolution employee group that seeks to create bonds of strength, encouragement and collaboration. It’s a training ground for enhanced communication, a place where women can express themselves more assertively and personally. Featuring mentorship programs, robust workshops and best-in-industry webinars (with award-winning speakers), GROW doesn’t just seek to increase women’s confidence, but to create a positivity for them throughout the industry—including many female real estate agents who attend webinars.

When female loan officers are more attentive to their own growth and professional development, they’re often more successful in their jobs, able to communicate more effectively and create new, healthy alliances. Accordingly, their enthusiasm and empathy reverberates throughout the company and the industry, making Proper Rate not only a more appealing place to work, but also more conducive to transacting business with customers who are women and relating to female real estate agents.

The future is (increasingly) female

As women continue to make gains in homeownership, we’re certain this conversation will evolve and add more nuance in the months and years to come. Peaking into the numbers, it’s clear this is a homebuying demographic that will only swell in the foreseeable future. As that happens, it’s essential that customer-first lenders like Proper Rate take nothing for granted.

To better assist them in their homeownership goals, we will continue to focus on women’s needs and priorities. This means listening carefully and not hesitating to personalize the process while exploring ways to ensure women are aware of all the products and terms available to homebuyers.  As always, success will not be measured by the number of loans issued, but by

the satisfaction of our customers.

*According to the Bank of America 2018 Homebuyer Insights report.