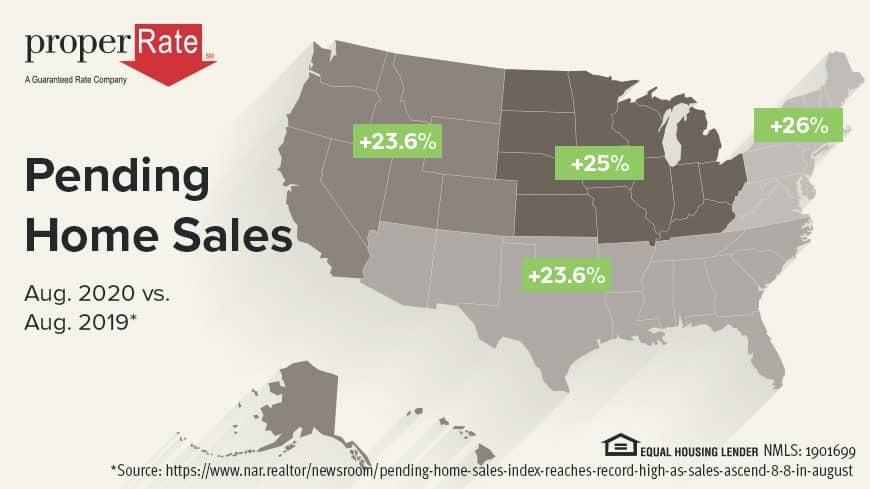 Marking the fourth month of positive contract activity, August’s Pending Home Sales Index (PHSI) soared to a record high—increasing 8.8 percent to 132.8—a 24.2 percent increase in year-over-year contract signings. For context, an index of 100 is equal to the level of contract activity in 2001.

From the onset of the pandemic, Yun has remained confident in the housing industry, though he notes the pace of its recovery is even better than expected. “While I did very much expect the housing sector to be stable during the pandemic-induced economic shutdowns, I am pleasantly surprised to see the industry bounce back so strongly and so quickly.”

Yun points out that while pending contracts are at an all-time high, it won’t necessarily yield a record number of home sales, as a contract doesn’t always lead to a closing. And while pending home sales are currently outpacing last year’s numbers, they’ll need adequate supply in order to maintain that pace.

“Home prices are heating up fast,” he says. “The low mortgage rates are allowing buyers to secure cheaper mortgages, but many may find it harder to make the required down payment.”

According to Realtor.com®’s Housing Market Recovery Index, the metro areas with the greatest recoveries, as of September, include:

Growth across the board

All four major regions reported both month-over-month and year-over-year growth in contract-activity.